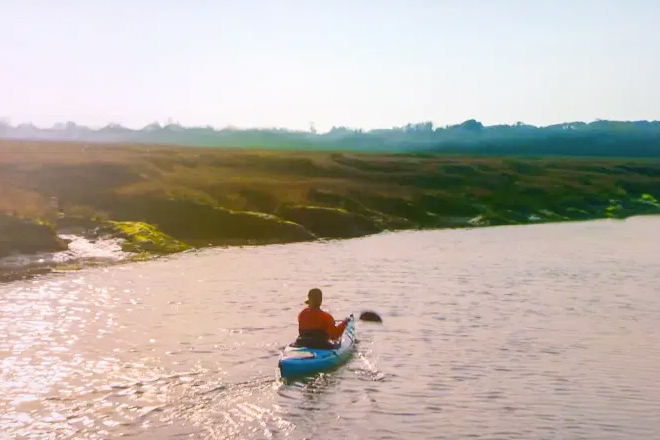 Joanne Froggatt and Ioan Gruffud star in Liar, the new Sundance TV production about the alleged rape of Laura, a secondary school teacher at the hands of a prestigious neurosurgeon. The drama was released on September 27 and is now available in the HBO Spain catalog. A story full of enigmas, foreseeable twits of the script and a bet on the deceit as the main leitmotiv of the plot. But the most interesting thing about Liar is not its contribution to the genre of suspense but its strong feminist component that we address in this article, taking the author Virgine Despentes as the main referent of the nowadays feminism.

In 2009 Virgine Despentes wrote King Kong Theory 1, a book not only aimed at raising a critical voice against sexism in the French society but a wide open and taboo-free reflection about rape and the guilt of its victims. From a personal experience, the French writer reveals a conservative mechanism created to protect the assaulted women but at the same time, it turns out to convict them to a lifelong trauma too. Like they couldn’t move on with their lives and should carry visible wounds like to be afraid of men, to be alone or to go out at night. Against that, she introduces the ideas of Camille Paglia, an American feminist that suggest that the inherent risk for women to be rapped is because of their gender condition.  «If you get rapped, stand up, shake off the dust and move on» says Paglia. Controversial statements that lead to the never-ending conflict about the limits between men and women intercourse that seem to be the content core of the new Sundance TV+ITV production, Liar.

Laura Nielson (Joanne Froggatt – Downton Abbey) is an elementary teacher with emotional problems that breaks up with her boyfriend, Tom Brailey (Warren Brown – Luther). Andrew Earlham (Ioan Gruffud – Fantastic Four) works as a surgeon and tries to recover from the death of her wife who killed herself for no clear reason and let him in charge of his only son. Both like each other, but they are afraid to make the first move and ask the other out. Encouraged by her sister Katy (Zoë Tapper – Affinity), Laura decides to give Andrew a chance and they have their first date. Everything goes well. They have a lovely evening, take a few drinks and walk along the beach in a pleasant starry night. As a good gentleman2, Andrew walks Laura home but when he tries to call a cab he realizes that his phone is dead. Then they end up in Laura’s place. They get laid in the bed, as expected, but the next morning everything has changed. While Andrew texts her to let her know what a nice time he had last night, Laura reports him for sexual abuse. From here, the TV show grows both in intensity and complexity. The question is only one: what really happened?

The complicity between Laura and Andrew misleads, but the creators let some clues go during the pilot to make us doubt about the neurosurgeon.

What really surprises about Liar is its strong feminist component. Despite being written from the male perspective (Harry y Jack Williams), the TV show embraces the figure of women, respects her both sexually and socially and protects her against a harsh vision of the lie that rape contains. Laura has been raped. Her first reaction is to take a show. Wash up. Try to erase the assault trail with water, first in the shower and then with the rain. When she talks to her sister in the car she can’t verbalize I’ve been raped, but stutters and does not remember what she did the night before. Her sister blames the alcohol but Laura is sure that something else happened. Still, there is no explicit confession. Something that for Despentes, that was also a victim of a similar assault, is normal since the use of the word rape activates the protection device for women and that can be scary. There does not seem to be life after a rape and if there’s one, the victim deserved it for being a topped slut.3.» Maybe that’s why Laura’s sequence being examined in a medical center is so strong. The fragility, the helplessness to which her body is exposed is not only physical but also emotional: it is a matter of gender.

Laura hides under the rain after her night with Andrew.

As in any conflict, the social opinion of Laura’s environment has a decisive weight. In fact, the first thing she does to punish Andrew is to post a public post explaining what happened. Quickly the network gets full of comments in his defense but there are also detractors who think «she deserved it. She looks like a whore», among them a women (even more curious) who replies «the guy she accuses is much more handsome than her, she should be grateful». Are we really facing the perversion of the woman object of which Despentes speaks? Can we judge women by her way of dressing or her sexual life? Maybe not (the series doesn’t let us know) but we can collect them. For Andrew, women are only medals. He drugs and rapes them, while recording everything with a video camera4. These files are hidden under lock and key inside a sports bag in the shed of this mother’s house (it doesn’t seem accidental either).  It is his particular hall of fame, trophies as were the drops of blood for Dexter Morgan. But if in the James Manos Jr TV series, the man was righteous, in Liar is the woman. Men are useless (at least for the female gender) 5. Even the sinister ally of Andrew that appears in the second chapter turns out to be a lascivious charlatan who mourns his innocence, while Andrew’s son Luke (Jamie Flatters – So Awkward) makes a classmate pregnant. As the plot evolves, Laura’s drama diminishes, becomes smaller. As Paglia would say, she is dusting himself to continue his life, she even dares to filter with a man in the man at the airport 6. The woman learns to strike back. 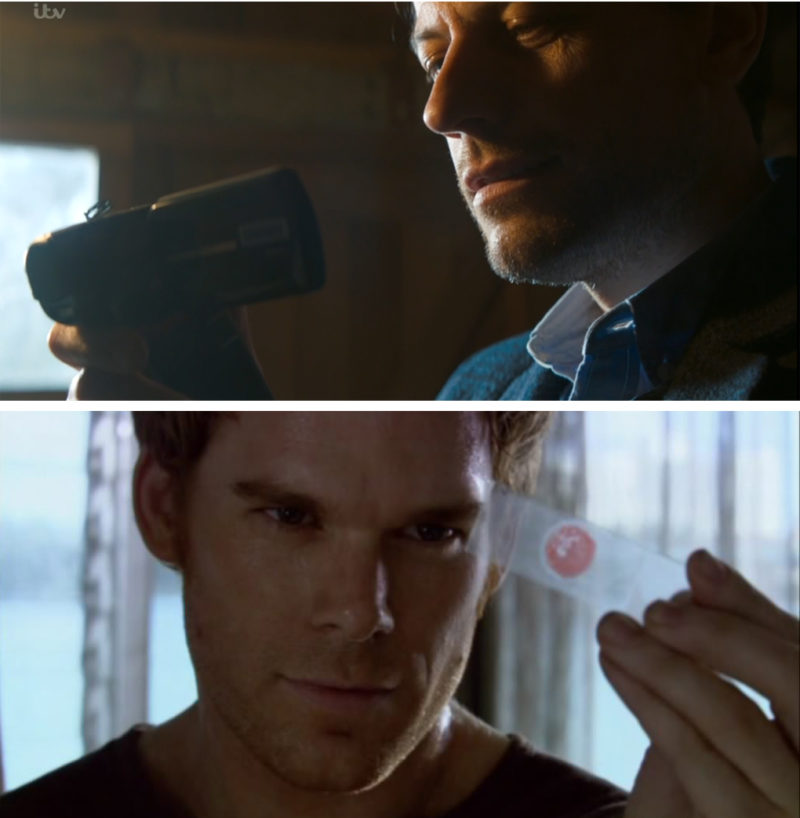 There is a satisfaction in Dexter’s crime that we don’t understand in Andrew, perhaps because the violation is not justified in any way.

Although the lie seems to be the backbone of the TV series, Liar doesn’t talk about its dangers (that also) despite being determinant in script twists. That does not matter to their creators. People hide things from each other, that’s obvious, but I believe the Williams brothers seeks to go further. I would like to see Liar as a story of hope, of rebirth. Laura verbalizes the rape, makes it her own, as an inherent element of her gender, Laura is strong enough to strike back. To flirt again, to f*** and all those things that the 21st century women are free to do. Liar becomes a necessary story for the portrait of a stigmatized woman under the male sexual assault that, on the other hand, is emerging as reversible. At the moment it seems that there will be a second season to be released in 2019.